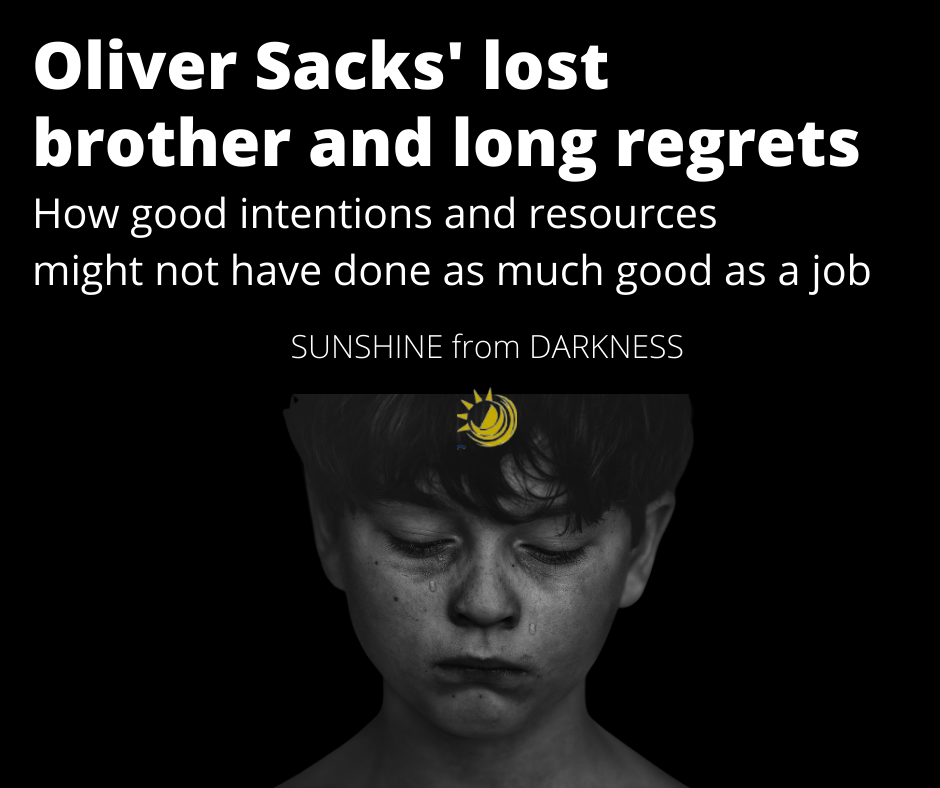 Oliver Sacks was famous for 13 books on brain differences and disorders, one of which, “Awakenings,” was later made into a movie starring Robin Williams and Robert De Niro. Yet he and his family of brilliant doctors struggled to help a brother who was mentally ill.

Sacks, one of the most prominent neurologists of the past half-century whose career spanned from the late 1950s until his death in August 2015, was part of a brilliant family.

As related in a recent article in Forbes magazine, Sacks’ father and mother were well-known physicians in England. His two older brothers showed intellectual gifts at an early age (his brother Marcus spoke half a dozen languages by the age of sixteen), and later they, too, became physicians. His younger brother, Michael, showed similar promise as a young man. Sacks describes Michael in his youth as “very intelligent; he read continually, had a prodigious memory…was able to recite Nicolas Nickleby and David Copperfield by heart.”

But at age 15, Michael begin to show signs of schizophrenia, and he began a rapid descent into a world of delusion, anger and recrimination.

In 1944, at age 16, Michael was admitted to a psychiatric hospital and given insulin shock therapy, which seemed to halt the progression of the psychosis. But it did not “cure” the psychosis, and Michael over the next years continued to be plagued by psychiatric episodes—“violently agitated, shouting, stamping, hallucinated” states.

Through a family acquaintance, the owner of a large accounting business in London, Michael was able at the age of 17 to be hired as a messenger delivering letters and packages throughout the city. The job provided structure, even purpose to Michael, who saw himself as providing a valued service. He was scrupulous in delivering the letters and packages directly into the hands of the recipient. He continued in the job for 35 years.