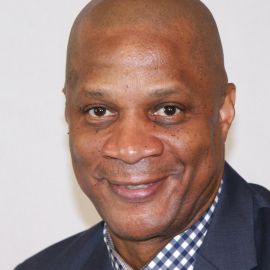 During his career, Darryl Strawberry was one of the most feared hitters in Major League Baseball.  He played for the New York Mets, Los Angeles Dodgers, San Francisco Giants, and New York Yankees from 1983 to 1999. He was an eight-time All-Star, two-time Silver Slugger Award winner and won four World Series, in 1986 with the Mets and in 1996, 1998 and 1999 with the Yankees.

But he also was known for his struggles with addiction off the field.

He has said that his father, an alcoholic, physically abused him and his siblings when they were children. When Strawberry was 13, his father threatened to kill the entire family with a shotgun before his mother sent him away for the last time.

He started drinking and smoking marijuana as a young teen, and eventually battled addictions to alcohol and drugs, as well as depression. He spent time in rehabilitation centers — five, including some of the nation’s best — and in jail. His career derailed along the way. He went through cancer twice.

Eventually, a woman, now his wife, pulled him back. He’s been clean and sober since and calls Tracy Strawberry his “miracle.”

He now devotes his life to helping others do the same through Strawberry Ministries, which now has several recovery centers and programs around the country.