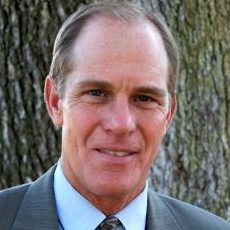 Actor and Son of President Gerald and Betty Ford

Steve Ford’s experience includes more than 25 years of sobriety and recovery from a dual diagnosis of both addiction and depression. He has spoken to hundreds of groups with a transparent but hopeful message, walking audiences through his own journey in an open way, much like his mother, Betty Ford, did.

He talks about the high price he paid for bad choices involving drugs and alcohol, the early habits he formed that led to his addiction, and his road to sobriety.

On Aug. 9, 1974, Gerald R. Ford assumed the presidency following the resignation of Richard Nixon. Suddenly, Steve Ford was thrust into the role of “First Son.” Steve’s unique perspective on life as the president’s son encompasses a broad range of fascinating subjects: being 18 years old and having 10 Secret Service agents as constant companions, his father’s pardon of President Nixon to help end to the infamous Watergate affair, two assassination attempts on his father and his mother’s bouts of alcoholism and breast cancer.

But he is more than the son of a president and his famous first lady.

For six years he starred as Detective Andy Richards on the Emmy Award-winning TV show The Young and the Restless. His other television appearances include Suddenly Susan, Dr. Quinn, J.A.G., 18 Wheels of Justice, Babylon 5-In the Beginning, Walker Texas Ranger, and The Sentinel. Steve also hosted the prime time NBC series Secret Service.

He has appeared in more than 30 feature films, including the hit movie Black Hawk Down; Contact, with Jodie Foster; Heat, with Robert DeNiro and Al Pacino; Armageddon, with Bruce Willis; Eraser, with Arnold Schwarzenegger; and When Harry Met Sally, as Meg Ryan’s boyfriend.

Before becoming an actor in 1979, Steve worked on the professional rodeo circuit as a team roper and still ropes today in his spare time. He owns a ranch in California and was involved in the thoroughbred racehorse industry for years during the 1980s and 90s as an owner, breeder, racing manager, and race track executive.

Steve’s background in the addiction and recovery community began in the late 1970s when his mother was in the middle of her struggle with addiction.

The then-first lady went through an intervention led by her husband and children at a time when addiction was a closet disease. That successful intervention changed the face of addiction after his mother shared her journey of recovery, hope and transformation with the public. Betty Ford went on to found the Betty Ford Center, which has treated thousands of individuals and families for over 30 years.

Steve went through his own recovery from alcoholism in 1993, which deepened his personal understanding of the disease. He kept his addiction and sobriety quiet early on in his journey but then, in the late ’90s, started sharing his story publicly to help others.

Since then, Steve has shared his story of recovery and hope with thousands of people in hundreds of venues. He has spoken to over 75,000 young people at everything from middle schools to universities. He also has presented the human side of this disease through his talks at professional conferences, prisons, juvenile detention facilities and halfway houses.

He has appeared on numerous national television and radio shows openly talking about the road to recovery. Steve also has helped numerous families find hope by taking part in interventions for their loved ones.

His experience and knowledge in the addiction and recovery community is personal and comes from his own work on the frontlines of this disease.